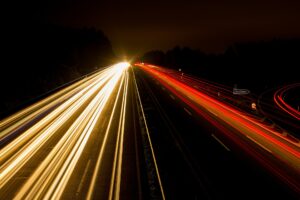 The project to upgrade the Hatirjheel-Amulia-Demra highway into a four-lane expressway is finally moving forward. The planned thoroughfare will act as an alternative gateway to Dhaka’s city centre from Chattogram and Sylhet and will also help reduce traffic congestion.

Dhaka is connected to two major cities, Chattogram and Sylhet, by two national highways, Dhaka-Chattogram and Dhaka-Sylhet. However, the entry and exit points of these two busiest highways are located in the capital’s Jatrabari district.

Vehicles, once entering Dhaka via the highways, overload local roads and often create severe traffic jams in the southern part of the city. A new project could solve this problem.

To implement the project under public-private partnership (PPP), the Roads and Highways Department (RHD) will sign a contract with a Chinese consortium this Sunday (9.01.2022).

Once work begins, it is expected to take four years to construct the controlled-access expressway. The expressway will be connected to the Simrail area on the Dhaka-Chattogram highway, where a multi-layer flyover will be built to keep traffic on the highway uninterrupted.

When the expressway opens for use, the current section of the route from Hatirjheel to Demra will be reduced to 13km and will only take about 10 minutes to complete (instead of about an hour). However, a fee will have to be paid for using the road.

Two more expressways are currently under construction in Dhaka and adjoining areas.